What is Securities Fraud 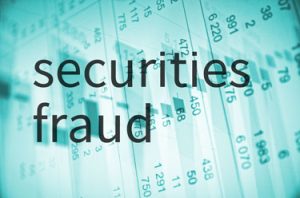 Going To Federal Prison? Need an Early Release? We Can Help

Securities fraud is a criminal offense that is punishable under 18 USC § 1348. The law has the intention of protecting investors against fraudulent securities, such as stocks and bonds, through the imposition of disclosing important facts related to all forms of trade securities. To become liable for the offense, one must have committed the following acts:

The Federal Bureau of Investigation (FBI) may investigate the crime of securities fraud and crimes related to manipulating the financial market and defrauding the investors. The office of the United States Attorney under the Department of Justice may also find meritorious cases to investigate the crime of securities fraud under 18 USC § 1348 in relation to insider trading and pursue the prosecution for the commission of the offense.

The penalties for securities fraud may vary with different sanctions according to the nature of the acts or omission constituting the offense under 18 USC § 1348.

The cases below are examples and not actual clients, but similar to defendants we’ve helped get early release. Due to confidentiality, we do not publicly discuses client’s cases!

New Haven, Connecticut – On April 13, 2017 – U.S. District Judge Jeffrey A. Meyer of the District of Connecticut sentenced COREY BRINSON, 37, to 36 months imprisonment and 3 years of supervised release and was also ordered to pay $1,417,810 in restitution for the crime of SECURITIES FRAUD, in violation of Title 18, United States Code, Section 1348.

Brinson, a licensed attorney, acted as counsel for companies whose securities were marketed and sold to the investing public in a stock “pump and dump” scheme. His victims were induced to purchase securities by his making false and misleading representations about them and the issuing companies causing the price of those securities to become falsely inflated

As part of the scheme, BRINSON, who did not have any experience with securities and securities markets, would participate with his co-conspirators to sell (DUMP) their own shares at a profit, causing the price of the securities to fall, leaving investors with worthless and unsalable stock. As a result, victim investors lost millions of dollars.

With a 36 months sentence, Brinson by law could receive 5 months and 3 days of good-time. With “Good Conduct Time, Brinson” should serve a total sentence is 30 months and 27 days in custody. Had Brinson retained Wall Street we could have gotten him qualified for a 9 month early release  as well as an additional 6 months of Halfway House/Home Confinement.   This would result in him serving as little as 16 months in a Federal Prison setting!

Long-term prison sentence can sometimes be avoided in white collar crimes, such as a securities fraud pursuant to 18 USC 1348. Wall Street Prison Consultants specializes in helping federal and state offenders to obtain sentence reductions through programs that can help provide alternative solutions to long term incarceration.

Our consultation services employ investigative and research processes to assist inmates and their lawyers in finding the best solution and alternatives available to reduce prison terms of an inmate. Discuss possible solutions to your issues today.