You are here: Home / Conspiracy Charges

What is A Criminal Conspiracy 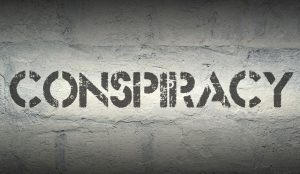 Title 18 USC 371 penalizes the act of criminal conspiracy to commit offense or defraud the United States. It usually sanctions two or more individuals who conspire with each other with the intention to defraud others and in performing criminal acts. The act committed may be against a private individual, or against the state and any of its agencies. To become guilty it is essential to prove the following:

The prosecution has the burden of proving the existence of criminal-conspiracy among the accused. The crime may be investigated by the FBI, DEA as well as several other goverment agencies. There are certain procedural processes involved that can help indicate the presence of conspiracy that is sanctioned under 18 USC§ 371, such as using out of court statement of one conspirator against his fellow conspirators and joining all conspirators in a single trial. The prosecution can also present the investigating officers who are involved in the crime investigation to prove the participations of the several accused in the commission of the crime.

The penalties involved for criminal conspiracy may vary. 18 USC § 371 provides for the following penalties:

Long-term prison sentence can sometimes be avoided in white collar crimes, such as crimes pursuant to 18 USC 371. Wall Street Prison Consultants  specializes in helping federal and state offenders to obtain sentence reductions through programs that can help provide alternative solutions to long term incarceration. Our consultation services employ investigative and research processes to assist inmates and their lawyers in finding the best solution and alternatives available to reduce prison terms of an inmate. Discuss possible solutions to your issues today.